REVIEW: Shang-Chi is a Marvel masterpiece 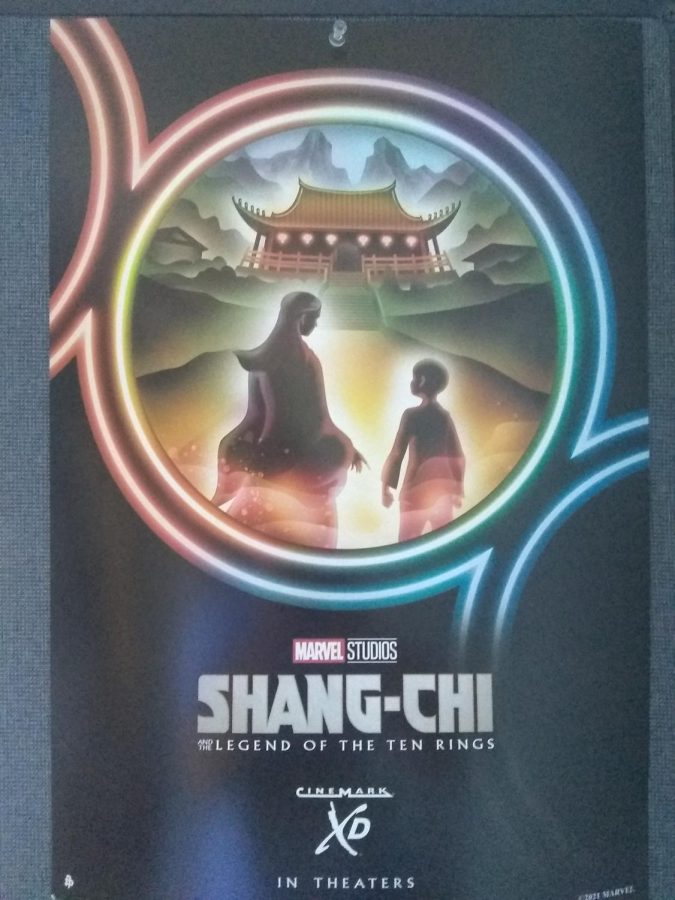 Shang-Chi was originally considered a criminal by many Marvel superheros. The film was released Sept. 3 and has been received positive reviews by audiences.

“Shang-Chi the Legend of the Ten Rings” is one of Marvel’s recent works that was released Sept. 3, 2021, directed by Destin Danial Cretton. The idea for this movie was first established back in 2001 and took 20 years to produce the movie with over 200 million dollars spent on the development of the movie.

The audience ratings as of Sept. 29 is 4.7 stars and 92 percent of Rotten Tomatoes. While looking at the audience ratings, the majority of the reviews were positive with few negatives. The comments that were left complained about the acting, the fights and then some said that “it had potential but it just didn’t work.”

Shang-chi, the main character from the movie is played by Simu Lu who is best known for playing a role in a television series called “Kim’s Convenience.” Shang-chi was first introduced in the comic book series way back in 1973.

In my opinion, this is one of the best crafted and well-directed marvel movies. I would give it a 4/5. The special effects and comedy added to the intensity and joy in the film and the scenery in the movie looked beautiful and detailed.

Some of the most memorable moments have to be the fighting scenes the movie had offered since some of them were detailed and intricate and got more intense as the fight went on. The acting for this movie is both brilliant and comedic and it is also one of the reasons why I enjoyed this movie. The soundtrack used for the movie was good, it is not super amazing, just good.

I would love to watch this again someday when it comes out on streaming services and really encourage readers to go watch the movie.”

I would love to watch this again someday when it comes out on streaming services and really encourage readers to go watch the movie. I do not know if there will be a sequel to this movie but if it does happen, I would definitely look forward to seeing it.

Shang-chi can be seen only in theaters for now. It will be released on Nov. 12 on Disney Plus. I’m not sure if the movie will also be available on other streaming platforms other than Disney Plus.