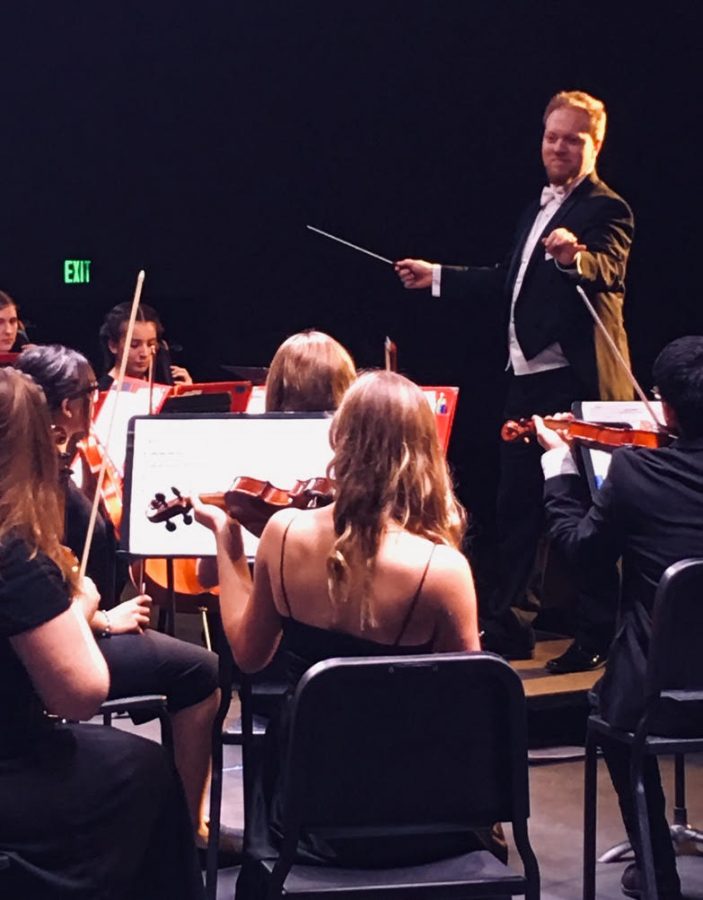 In late October The Ventura Chamber of Commerce selected Buena’s very own James Rumenapp as the winner of the October Teacher of the Month. Rumenapp is the director for Buena’s band program and has led them to many successes.

Rumenapp is known around Buena for his positive attitude and his exceptionally hard work ethic.“He embodies the spirit and characteristics that we like to see in all Buena staff,” said assistant principal Frank Davis

Rumenapp has been an example of kindness around the campus for many people at Buena. He is one of the “best additions to the Buena staff in a long time.” Even with the accomplishments that Rumenapp has, he remains to be so “humble,” and always “puts others’ needs before his own,” said Davis.

“He reflects what is great about Buena,” Davis said. Rumenapp’s accomplishments are nothing short of spectacular as well. Davis Continued, “His recognition was well overdue and I cannot think of a more deserving teacher.”

Rumenapp has been credited with turning “the music program around by displaying success and by making the students want to stay,” said Davis.

In Nov. of 2015 Rumenapp led his band team to a first-place victory at the regional band championships in Riverside. This was the first championship the band team had won in 14 years. “He is a great component to our team and he is responsible for keeping our gears turning,” Jacob Guthrie said, a member of the Buena high school marching band.

This is not the only year he has been doing exceptional. Rumenapp has put so much time and dedication into the music department for many years and is just now being recognized for his great work.

“Mr. R is a great role model, he is precise, and he is a good leader,” Guthrie said.

Rumenapp was “flabbergasted” when informed that he was going to be announced Ventura’s teacher of the month.

“It was truly heartwarming to receive the acknowledgment for the hard work that has been done this year,” said Rumenapp.

“I definitely consider this a career milestone and a wonderful affirmation that I’m doing the right thing in my life for our community,” said Rumenapp

He would like to thank his very “supportive administration team,” and his “booster parents,” for giving him the opportunity to be in the situation he is in now.