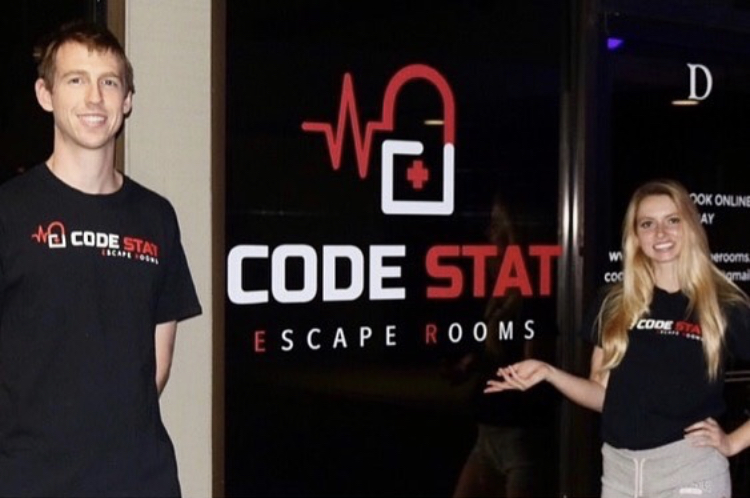 Buena class of 2015 alumni  Ryan Rohde and his girlfriend Addison Morris, created an escape room named Code Stat, located in Ventura on 3875 Telegraph Road that officially opened Nov. 8, 2019, and is available to be booked for events on their website  for $100. Throughout college the two attended many escape rooms and loved to exercise the idea of what their rooms would be like if they had one. With Rohde being an electrical engineer and Morris skilled with puzzles this idea was inherently possible.

The process for opening took roughly six months to complete, everything but the first step for them was perfectly planning the ideas.

“We wanted to make sure we had solid plans before we took any other steps. So, we fleshed out the plans for our rooms long before we found a space to lease,” Rohde said.

The process itself for getting permits and making sure everything was legally up to government  standards was “tedious and time-consuming,” Morris said. The second step in opening was finding a building to lease that would be a blank canvas and allow them to have complete creative control.

“Once we found a space, we also had to do tons of renovation and construction to build out our rooms,” Morris said.

An added setback to this particular building was the lack of flooring which in the end did allow for further customization.

When it came to making the rooms more emersize during the renovating they added secret passageways and compartments as well as completely making props by hand. A concern when making props was ensuring they were durable enough to not be damaged after uses between parties, since in an escape room you are under a time constraint of one hour.

“Striking this balance is actually extremely challenging when people are rushed by the clock to tear the room apart looking for clues,” Rohde said.

Currently at Code Stat there are only two rooms, “The Games Room”, and the “Mad Scientist”.D

ue to Covid-19, the only room available is the “Mad Scientist” and it has been modified to be available through zoom and is now labeled, “The Deranged Doc!”

“The basic premise [for “The Deranged Doc!”] is that a patient is trapped in a doctor’s office and calls you to help him escape. You direct the patient via Zoom as he moves objects, reveals props, and presents puzzles for you to solve,” Morris said.

Although the team is not currently working on any new rooms they are constantly making reformations to the current ones.

For anyone looking to possibly start their own business, it has proved to be an incredibly long process depending on the business itself, and can be fun but will take time. A word of advice to entrepreneurs from Morris is to “make sure you know what you’re getting into before you ever open your own business.” 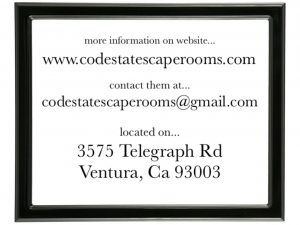