Piecing together the puzzle of athletic budgeting 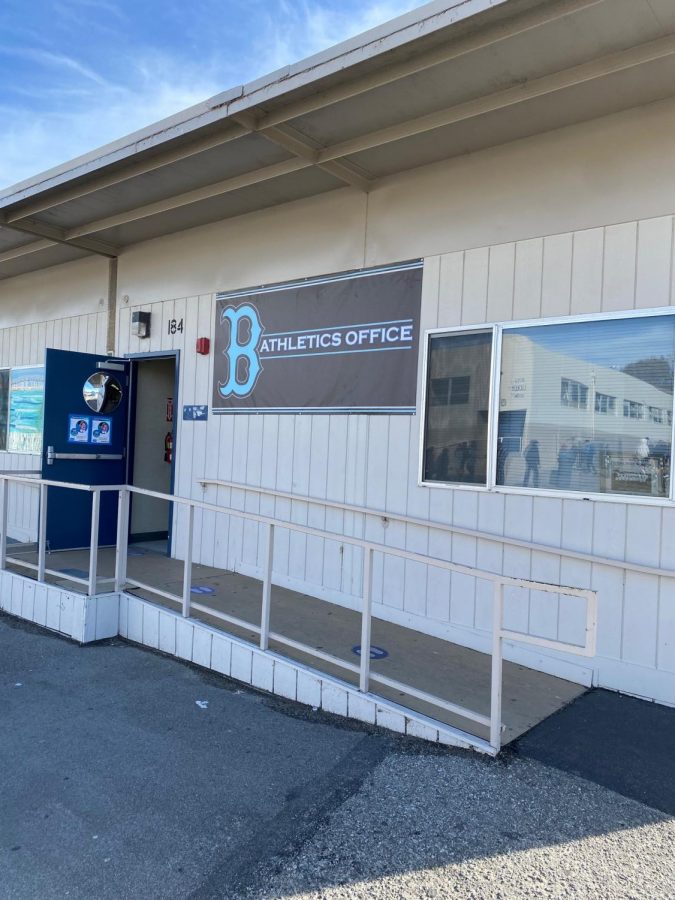 According to Athletic Director Shaun Strople, it takes upward of $80,000 to run athletic programs at Buena. While funding in sports can be complicated and entangled with protocols, it is important to explain the puzzle pieces of budgeting to reveal a coherent picture.

Contrary to popular belief, the district does not give a base amount of money to our athletic department. Instead, sports that have gate fees, those that charge an entrance fee to attend an event or game, gather funds through admissions from spectators. These funds are immediately recycled into the athletic department, which is responsible for funneling the funds back into each program.

Athletic Director Shaun Strople has a system to make sure each sport gets the funding they need to run their program.  Programs such as football, volleyball, and basketball raise money to be split between the entire athletic department, rather than having individual funds for each sport.

This is because each sport has different needs. For example, football needs more officials and equipment than soccer due to the number of athletes in the sport. For example, if soccer were to use 40 soccer balls for each level team they have, the athletic department would give them money for the amount of balls needed for a playoff game. This is called game management.

Each sport is responsible for their own additional funding and their own needs. If they wanted to enter an extra tournament that is not required by the league, they would need to raise additional money separate from what they received. However, each sport has access to fundraising and sponsorships.

There are several different ways for programs to go about fundraising. For instance, dine-out nights. Dine-out nights are when sports programs collaborate with restaurants to promote their business on a specific night. Then, that program receives a certain percentage from the profits.

The other options include sponsorships and fundraising companies. Sponsorships have two routes, a sports program could either sell a banner that is placed on the Buena fence by Victoria Ave, or sponsorships for specific sports, can come from relatives or friends who own businesses, they are able to donate to coaches or the athletic director, in return the business gets publicity from being sponsors for the team.

Almost every student has witnessed a fundraising company coming to your school and encouraging the students for a fundraiser. These companies are vastly different from what you probably remember when you were younger. Instead of having a full assembly for a single fundraiser, most sport fundraising companies send out an ambassador to inform the athletes of their options. These companies will take a small percentage of the earnings just like a dine-out night. This is a simple, fun option for all students and families to support the athletic department.

If you are interested in supporting our sports teams, head down to the athletic department and explain your interest in supporting them. The department will have resources best set for you, to help out fellow students. Resources like