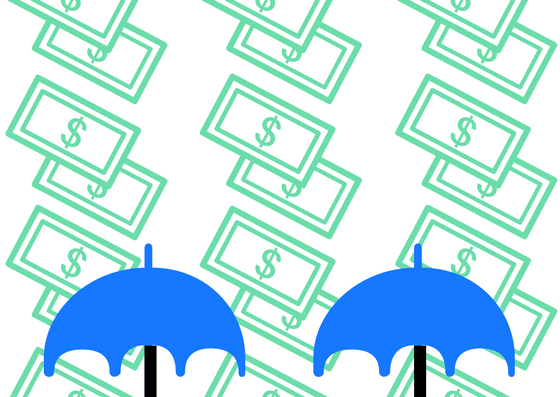 Every new year on Buena’s campus has seemed to bring some sort of new change with it. Whether it was the removal of gum from the quad or a weight room, the addition of umbrellas euphemistically named “shade shelters,” or a new mural on campus

However, these additions or subtractions from Buena’s campus also cost money, and one has to wonder if these changes are for the best for Buena.

Are they cool looking? Totally.

Do they do a good job of blocking seagull droppings from the students who stand underneath them? I guess.

However, are they best use of the funds Buena gets to improve their campus for student success and achievement? I can’t say so.

I mean, a new paint job would look pretty cool, too. And while the umbrellas do a nice job of protecting students from the elements and droppings, the facts is that most students barely see the benefits from them. Many students around Buena spend their nutrition and lunches usually in classes, walking around, in their vehicles, or at places not covered by the umbrellas.

This is only one example of questionable choices that have been made in recent years regarding Buena’s campus.

Some of you may remember the weight room that sat between the Boy’s locker room and the staff parking lot and was near the cafeteria, only to find it demolished and replaced with a new plaza. However, the story goes further for that. Instead of building a new locker room, the wrestling room was cut in half, giving half to wrestling and designating the other half the new locker room.

I personally saw the frustration that the wrestling staff and students experienced on hearing that the space that they were already too small for them was going to be cut in half. I also saw the frustration of the many football players who had pined for a new weight room with the money Buena had recently received from Riddell, only to see it be used for a plaza and to clean gum.’

Whether it’s plazas, gum removal, umbrellas, or the numerous other installations that have taken place here on Buena’s campus. The result is that some students feel like the money spent isn’t going towards what they want.

However, there is a lack of information to students when it comes to school funds. I went into this article thinking that school funds were given to schools from the state by how many students show up.

While that is not necessarily true, it is far from the bureaucratic nightmare that school funding entails.

According to my sources, essentially there are three streams of money that flow into Buena: ASB, site, and Ventura Unified School District (VUSD) funds.

ASB mainly funds itself fund things like lunch rallies, prom, and Renaissance t-shirts and rallies, as well as helping out with the little amount of remaining money they have for other school programs.

Then there are site funds, the funds that Buena receives every year from VUSD and from which are mainly used for teacher and administrator salaries and upkeep of school property.

Finally, are the VUSD funds, which are used to pay for installations, school programs, and designated by the district annually.

Within VUSD funds, the funds used for installations are predicated on what the facilities department is told to develop and research. It is also predicated on whether or not the VUSD determines that it is a necessity to use their money to install shade shelters for Buena or for another school, like Ventura High School, who received similar updates to their campus a few years prior to Buena.

That begs the question: Who is responsible for these decisions?

Is it the administration’s fault, by not standing her ground and demanding that the VUSD use their money for something else that us students would get more use out of?

Is it VUSD’s fault, for supplying the money for projects that do not adequately address student needs?

However, I think the real problem is that all of them and us are at blame. Buena could really use some money to go toward things that students really need, such as new desks, computers and an internet that moves faster than a dial-up modem, or even a bit extra for the programs that exist around campus and contribute heavily to the prestige of Buena.

Still, if nobody is going to stand up and advocate for the things that us students need, then we can’t complain about having no control over where the money goes.

We the students must advocate for what we know that we need the most, for we can’t rely on the staff of Buena or the VUSD to know what we need more than we do.

Multiple times in the interviews I conducted for this story, I was told that many school improvements had been sparked by the idea of an administrator or student. For example, students in Buena’s music program drove an effort to paint a mural on the side of the band room, or how vice-principal Michael Wise is spearheading an effort to revamp the courtyard by the ASB Store.

As students around the country begin to walk-out and march for causes such as gun control and the rights of minorities and females, what better way to work out our political muscle than to demand for greater control of how the funds are spent here at our school?

What better way to show this city the power of        youth than to demand real changes in this school from which students will tangibly benefit?

Whatever it may be, it is up to us—the students—to advocate together what we desire to be improved about Buena.