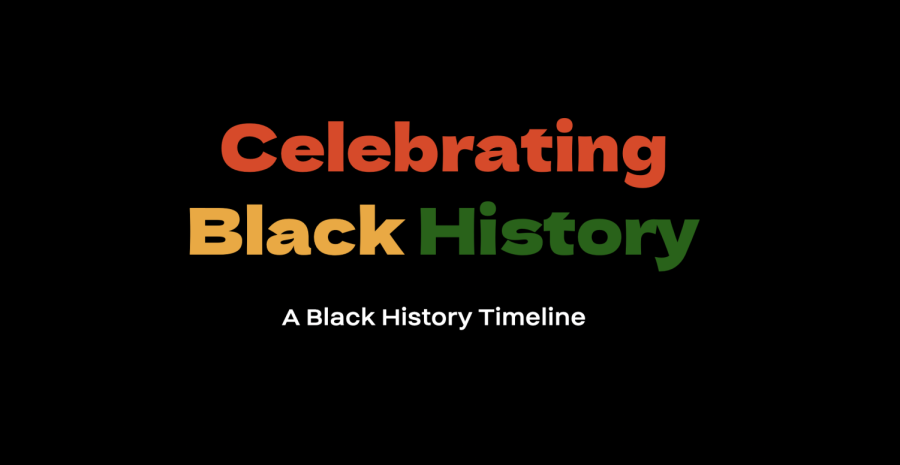 Feb. 1 rolls around and as students are settling into second semester, Black History Month commences. Incredible efforts have been made to acknowledge Black history at Buena, visible in the door competition and morning announcements. The resources and opportunities have arisen to recognize how Black history has progressed and honor the various ways in which its contributions have shaped modern society.

Black History Month was first established as “Negro History Week” in 1926 as a commemorative week by Dr. Carter G. Woodson. It was not until 1976 when it extended into a month, and since then the annual celebration has continued on.

In the 1800s, Black Americans faced waves of discrimination and hate crimes that include lynchings, race riots, and serious step-backs in their social and political status.

In 1886, over 50 armed white men stormed a courthouse in Mississippi where Ed and Charley Brown, two Black men, were pressing charges against James Liddell, a white man. Known as the Carrollton Courthouse Massacre, shots were fired at the two men and the other Black Americans in attendance at the courthouse. This resulted in the deaths of 23 Black people, no white Americans were harmed or killed.

Entering the 20th century, one of the most incredulous forms of destruction transpired, the Black Wall Street Massacre. It took place in 1921 in the Greenwood District of Tulsa, Okla., a thriving Black community.

It was May 30, 1921 when Dick Rowland, a black man, was riding an elevator with Sarah Page, a white woman. The next day, accusations of harassment sparked hostility between white and Black residents. Rowland was arrested and a mob of armed white Americans surrounded the courthouse where he was kept.

Having feared that he would be lynched, Black residents went to the courthouse to protect Rowland. Shots were fired and as Black Americans began to retreat back into the Greenwood District, violence followed them. White rioters looted and burned buildings, and it wasn’t until June 1 when Governor Robertson sent National Guard troops to Tulsa.

The riots ceased and left 35 blocks of the city in ashes. According to the Tulsa Historical Society and Museum, “more than 800 people were treated for injuries and contemporary reports of deaths began at 36. Historians now believe as many as 300 people may have died.”

“Black History Month is all about education,” says Black Student Union president William Boyd. “It’s a time that people are actually shown other sides of history that they’re not taught [in schools].”

According to an article from The Oklahoman, the Black Wall Street Massacre, otherwise known as the Tulsa Race Massacre, wasn’t formally taught in Oklahoma schools until 2002. Even then, there are accounts that say the topic was never taught properly and was only mentioned as a small event.

In 2012, Senate Bill 1381 was passed requiring high schools to teach students about the Black Wall Street riots. In 2019, Oklahoma schools adopted the curriculum compiled by the 1921 Tulsa Race Massacre Centennial Commission and the Oklahoma History Center.

In 1954, the U.S Supreme Court determined in Brown v. Board of Education of Topeka that racial segregation in public schools is unconstitutional under the 14th Amendment. The “separate but equal” doctrine was challenged by Chief Justice Earl Warren who wrote that having segregated schools was “inherently unequal.” Then came the Voting Rights Bill of 1957, which was the first significant civil rights law that was passed to strengthen African-American voting right protections.

In August 1963, the March on Washington, the largest civil rights rally, took place. Martin Luther King Jr. gave his  “I have a dream” speech, and furthered the civil rights movement. King was assassinated only five years later.

His efforts, along with the efforts of many other civil rights leaders, proved to be revolutionary. The Civil Rights Act of 1964 protected civilians from discrimination and desegregated most public places. It guaranteed equal voting rights and furthered the political and social status of Black Americans.

Los Angeles Riots took place in 1992 after the death of Rodney King, who was beaten, tasered, and shot to death by Los Angeles officers. Those officers were acquitted of all charges, which sent the public into a rage and resulted in a four-day riot.

Marcia Amegadzie, Buena’s Black Student Union adviser said, “[In] the last few years, a lot of things have been coming to the surface that need to be taught or looked at.”

In 2012, 17-year-old Trayvon Martin was shot dead by George Zimmerman while walking home. When his shooter was acquitted a year later, “#BlackLivesMatter” was used for the first time.

Two years later in 2014, Eric Garner was put into a chokehold by police officers and died. One month later, Michael Brown was  killed by police. The Black Lives Matter movement begins to gain international recognition; and only three months later, 12-year-old Tamir Rice was shot dead by a police officer.

In February 2020, Ahmuad Arbery was confronted and shot dead while jogging through a neighborhood by three local white residents in Georgia. A month later, Breonna Taylor was shot dead in her sleep by plainclothes policemen, once again sparking public outcry. Then in May, George Floyd died after being pinned to the ground by a police officer. Videos of the incident went viral that brought upon public outrage and charges against the assailants.

Following the 2020 Black Lives Matter protests, reform in police protocols, evaluations of values, and overall discussions about Black history have taken over the nation.

February 2022 may be over, but the learning journey can continue.

“I think it’s always good to remember our past so that we don’t repeat it,” Amegadzie said. “Black history is American history.”