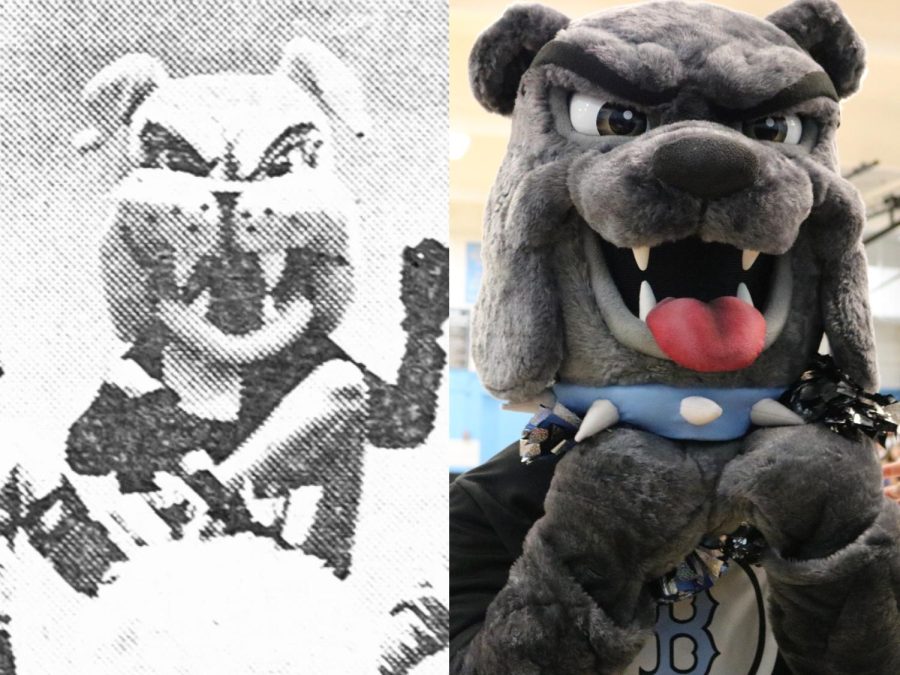 PHOTO STORY: The history of Spike the bulldog

For the first time since quarantine Spike the Bulldog made an appearance at the homecoming rally Sept. 23 and again Oct. 7 with Spikette by his side. This brings in the question of the origin of our school mascot, who is Spike and how did he come to be the bulldog we know today.

According to the History of Buena website, the first Principal, Arleigh McConnell was in favor of student self-government when Buena opened in 1961. This would not only shape the future of the school but of Spike as well. As the History of Buena website reports, “Prospective students voted on the school’s mascot and school colors, with the Bulldog and black, white, and turquoise winning the initial vote…”

Originally the mascot costume was only a headpiece, as seen in the photo archive of the history of Buena. According to senior Kenzie Herbert, her grandmother Susan Rice  had a classmate, Kathy Bradford, whose mother sewed the first mascot suit head.

“Mrs. Bradford sewed it and [we] used [it] for many years,” Rice said in an online interview. “It looked different from the current one, a shorter and rounder head.”

Throughout the years, Spike has not changed substantially. After being Buena’s sole mascot for several years Spikette was introduced, both updated when needed. Spikette as a concept also originates from sports where mascots would have a female companion. Spikette initially appeared in other school related drawings with Spike in them.

Learn more about the history and evolution of Spike by looking through our photo story! 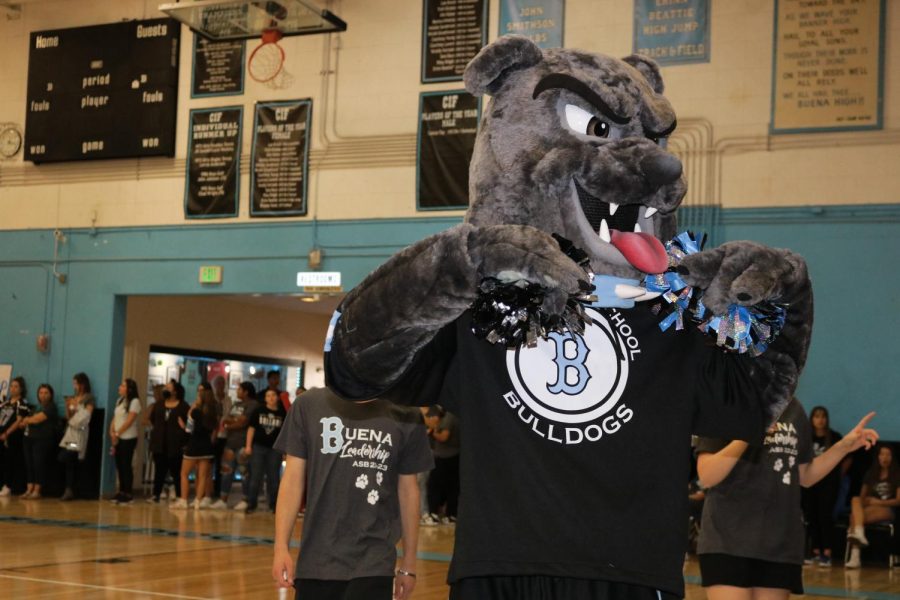 Gallery|17 Photos
Madeline Marshall
“We thought it would be something fun, maybe we could do a reveal at the end of the year,” Herbert said. The new costume is custom built with a fan inside and it cost $5750 but with shipping was raised to $673.82 according to the ASB store coordinator Christina Carrillo. In addition, the identity of who was wearing the costume was kept secret.
View Comments (1)