Starting from the bottom, Griselda Gutierrez is running towards the top 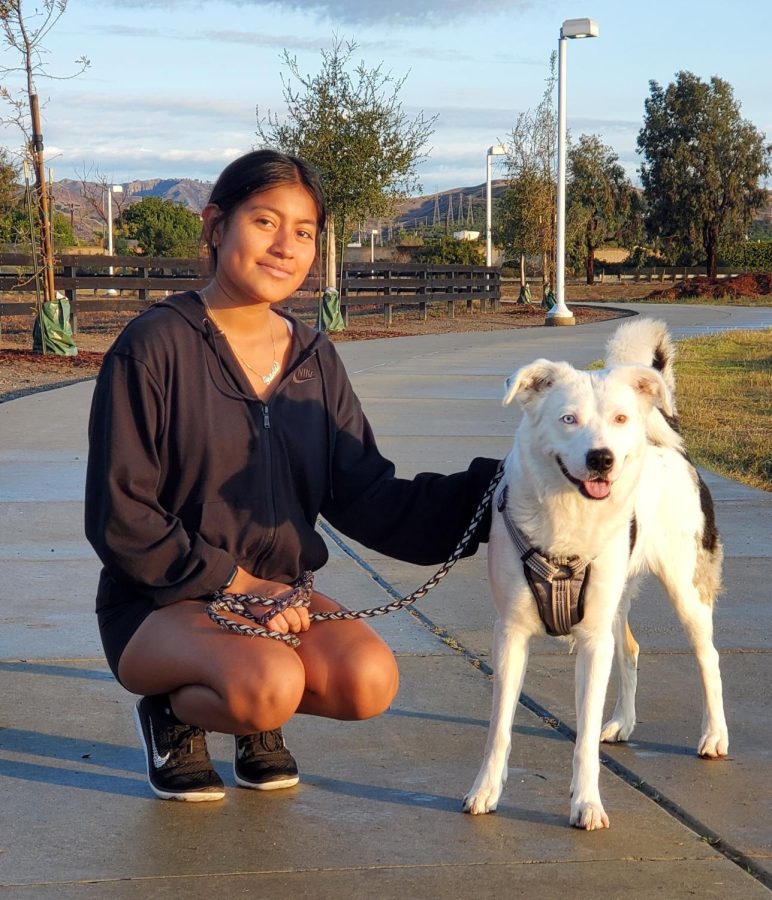 Gutierrez is with her two year old dog, Mochi, at Kimball Waterpark. “I just like running by myself, feeling the wind, focusing on one thing, hearing music while I run, overall I just really liked it,” Gutierrez said.

The echoing sound of the alarm sets off at the break of dawn. Senior Griselda Gutierrez gets up ready to run with her teammates. The team treads along the sidewalk running 1.6 kilometers before the school bell rings, and eight hours later another race begins.

Gutierrez’ passion for running began in fifth grade of 2014 and she had to stop a few months after due to an appendix burst. In 2019, freshman year at Hueneme high school, Gutierrez was ready to join track and field but was held back by her friends.

In 2021, immediately after transferring to Buena, Gutierrez joined track and field which according to her was “scary” but over time it became “motivating,” now Gutierrez would only be able to run a few laps. With enough practice and support from her teammates and coach, Michele Burns, Gutierrez is now running miles.

“Gutierrez is quiet on the team and around us,” Burns said. “But secretly inside she has this energy in this super drive behind her but she lets everybody see it.”

Gutierrez enjoys her time with the friendly environment track and field offers. Even while Gutierrez was new on the team she would run with the newcomers to make sure they didn’t feel left out and she made sure they felt welcomed and motivated.

“She’s special, like a Christmas gift, you don’t know what you are going to get inside but inside is this really powerful strong girl that’s pretty determined to be successful in her life,” Burns said. “She came out during cross country after she transferred to a brand new school that’s so brave of her and to do a sport that she really didn’t know much about and I thought that that’s a really big value in a person.” 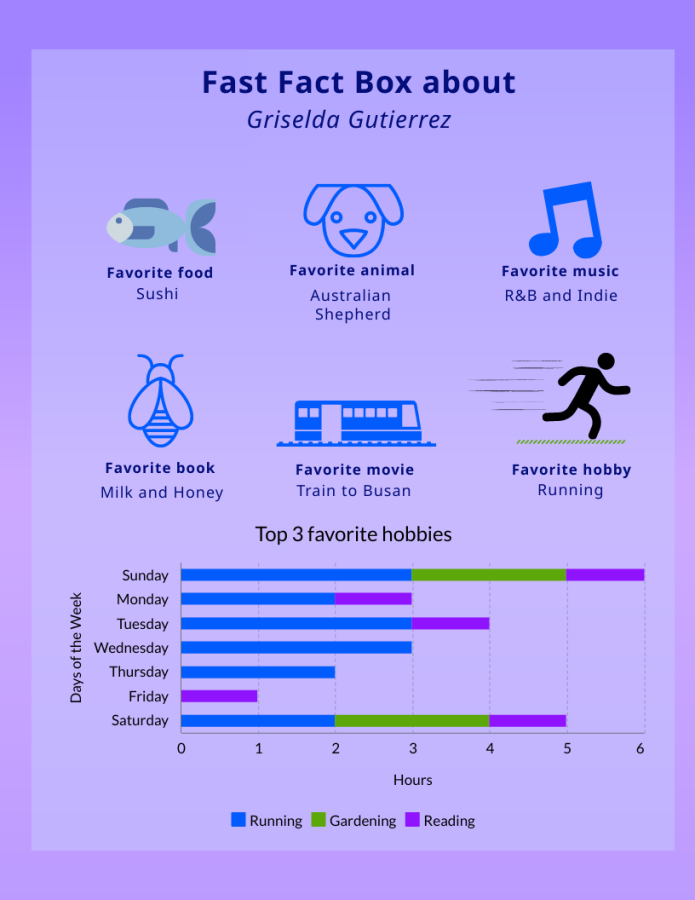 Senior Alondra Sanchez has known Gutierrez since they both attended Haycox Elementary School and Charles Blackstock Junior High. Halfway through highschool, Sanchez and Gutierrez became close friends and together they would hang out at the beach and Six Flags.

“When we went to Fright Fest we went on Tatsu,” Sanchez said. “Later on the ride you can see her gum just fall off. We just saw the gum going in slow motion through air dropping down and you were just laughing.”

While Gutierrez continues her journey making friends and running on the track and field team, she is enrolled in her easiest class, Advanced Placement Literature and her hardest class, Precalculus. Outside of school, Gutierrez is working 20 to 30 hours each week and is studying towards majoring in criminal law.

“I would put my phone away to get it out of my sight or put it on Do Not Disturb,” Gutierrez said. “If I rush everything and do it like on the deadline that would just take a toll on you mentally and then it’s gonna be physically draining. So just do your homework in advance or if it’s a big load of assignments, do it one day at a time so it doesn’t all add up at the end.”