OPINION: Shakespeare is meant to be performed, not read 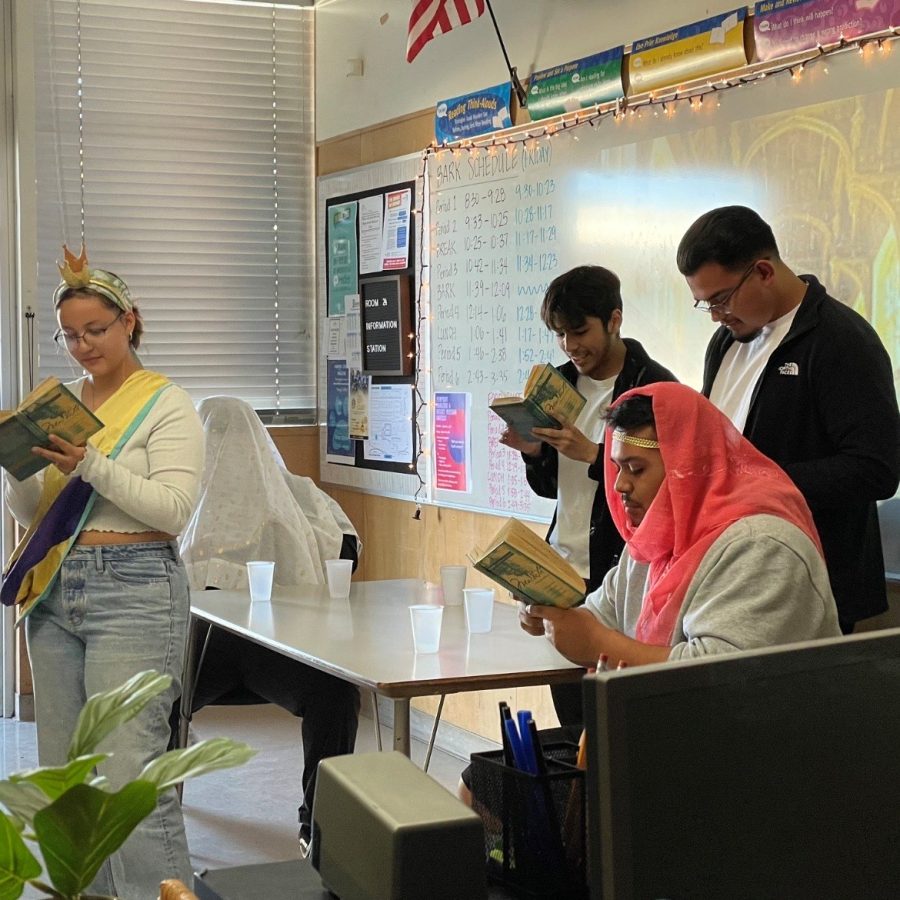 Every year English classes across the nation force their students to read Shakespeare and each time students come away bored. Despite its old English which makes it difficult to read, it is clear how important Shakespeare’s plays still are, and this makes how they are taught even more important. Shakespeare wrote for the stage, so it’s clear that making students read from the script only results in an active distaste in his work. It would be better for engagement if students watched actors perform the work or perform it themselves.

Shakespeare has been a part of the Common Core State Standards for ELA reading requirements since its creation. It requires English teachers to “Include Shakespeare as well as other authors.” Given Shakespeare is the only writer mentioned by name, the importance of teaching Shakespeare is clear.

Shakespeare’s plays and five act structure has directly inspired modern media like “The Lion King” and “West Side Story.” In Shakespeare’s days, his plays were like modern movies; people would go to see them, laugh and cry about it, and have this social experience, all in 3 hours, watching actors perform. Shakespeare would write these scripts as a blueprint for the actors to bring to life in the globe theater. It becomes clear why experiencing a Shakespeare play by reading it dryly, hearing other students drone on, and tripping over the complicated language is why it is not enjoyed by students.

So how should Shakespeare be taught? In a study conducted by Leah Sutton titled “Teaching Shakespeare in the Secondary English Classroom: Engaging the ‘flat unraised spirits’” two English teachers, Tom and Rachel, are interviewed on how they teach Shakespeare. In order to keep anonymity the teachers interviewed were given pseudonyms. The study finds three strategies in common which the teachers used to better engage students; finding a commonality with their own lives, enthusiasm in the instruction, and diverse approaches. It is these strategies that make up a more effective way to teach Shakespeare.

“Shakespeare’s stories are the basis of so much of our culture now, […] it is all rooted back to the ideas that Shakespeare had in his plays,” Rachel said.

The study finds three strategies in common which the teachers used to better engage students; finding a commonality with their own lives, enthusiasm in the instruction, and diverse approaches.”

Rachel has students look at excerpts of different cultural media which have been drawn from Shakespeare, from Game of Thrones to the Simpsons. While Tom had students draw connections from their own experience to the characters. Shakespeare’s characters purposefully have these common conflicts so we can relate to them even today. In addition the importance of giving students motivation to actively participate was important.

“I read it together with them, I never assign it as homework, because I think it’s better to engage with it in person, because it’s a play, to have them read it might be boring,” Said Tom

Here at Buena, English teacher of five years Molly Ensminger teaches Macbeth to Seniors in the College Prep English class. In order to keep students engaged, they all read the first Act of the play together, then the rest of the acts are assigned to groups. The students now had to practice the scenes included in that act and also modernize the language to simplify. Then, over the course of four days, the student groups would perform the play in order, where other students get to watch the play as performed by their peers.

“There is a lot of motivation to help each other out and understand things because you are all relying on each other,” Ensminger said. “And it is not that you are in that kind of vacuum yourself where if you didn’t feel like giving up it would be okay, because you are only letting yourself down.”

Through this method students would not only gain experience in translating the old English into something more understandable and easier to unpack, but also would get to bring their own emotion to the play. This also provides a better understanding for the other students watching the scenes play out.

“I had to read through the stuff and pay attention to the other acts to understand what I am doing, so it forced me to pay attention and retain that information,” said Jaden Romero who performed as Macbeth in the final act.

Students can gain a better understanding through diverse approaches. Since the curriculum only requires to include Shakespeare many different approaches can be taken. Some teachers may want to only analyze certain excerpts, provide a character diagram, or watch certain plays. When with one class the students performing doesn’t work, so another class may also watch a live production available on YouTube or clips from a film adaptation. Tom introduces Shakespeare by his background first, establishing his time frame in relation to what inspired his writing. While Rachel thinks that it depends on whether or not the class is disciplined and that you need to “judge the individual class, and the individual student’s needs.” 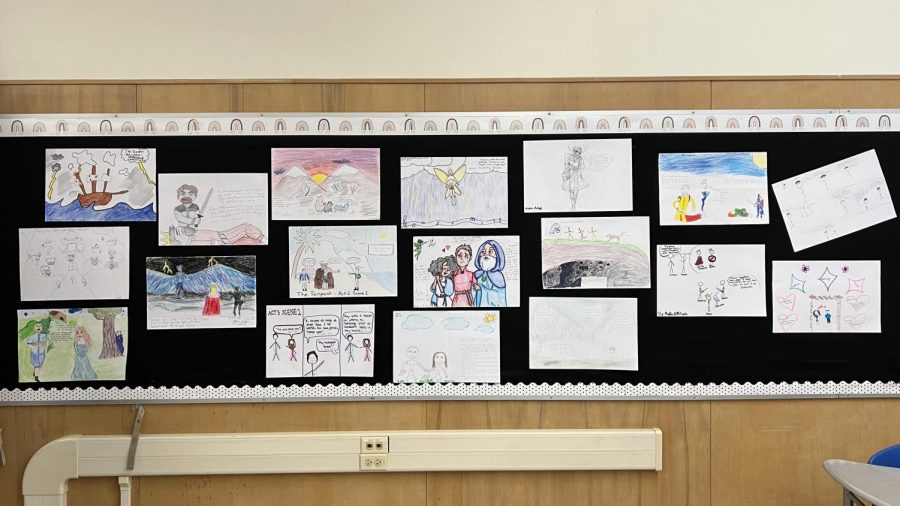 I think that it is important to keep this diversity because all students learn in different ways, and it becomes especially important when it is a difficult text to understand. However this sounds like too much to cover in the span of a few weeks, so it is important to keep a mix of these three strategies to make Shakespeare’s plays overall more engaging for students.